Description: NOTE: The game has both male and female characters so it is for both gay and straight players. Continuation of the Adulterers series. The Adulterers is an ancient secret society wielding the powers of sex. A new planet filled with sexual parasites was found, and they are attacking earth. Now the Adulterers are striking back, defending against their attacks and launching an attack on them before they can escape back to their planet. A simple relaxing shooting game with bizarre and sexual graphics.
Support Aaron Dodo on Patreon to see more games like this - 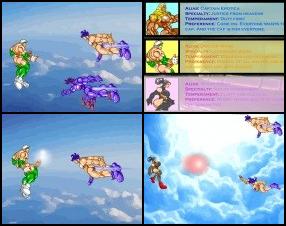 If there's no sex scenes, what's the point in even uploading it, guys...

theres sex after winning, i like that you actually play a bit of shooting

Hey Aaron I'm glad you still make flash games but I hope the next one will be just like the Prison Guard: Capture game but with hot sex scenes but I still wish that there will be another update to the Dirty Education game since I often check to see if there's one. =)